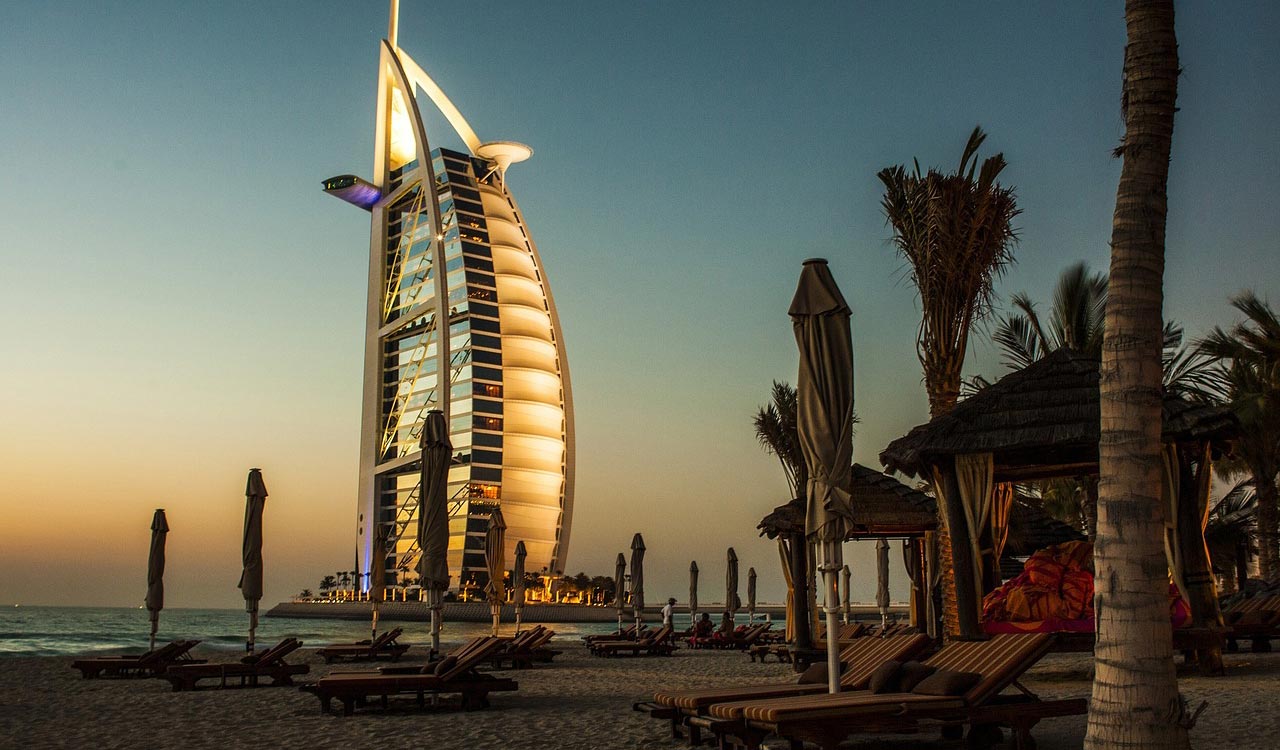 There's a group of fortunate people unfamiliar to the concept of travelling on a budget. In fact, they're familiar with the whole opposite. For people with spare millions, and that don't mind paying a car's worth per night, these are some ideal destinations:

The Bulj Al Arab is the most luxurious hotel in Dubai, and one of the most expensive in the world. The building is currently the third tallest hotel in the globe, though the last 39% of such space is not habitable. This hotel stands on artificial sand 280m from the Jumeirah beach. It counts with a private connection bridge to the mainland. The hotel has 28 double-story floors spanning a total of 202 bedroom suits. The hotel counts with a private helipad near the top and is often regarded as "the only 7-star hotel in the world".

The Emirates Palace is regarded as the most luxurious hotel in the world. Its location is a private beach which is specifically for the hotel and is 131km long. The hotel is surrounded with loads of gardens and lawns that add up to over 85 hectares. The structure has as well 114 domes, being 80m high. The Emirates Palace has a total of almost 400 vacants, of which 92 are luxury suites. The cost of this hotel rounds up to 3 billion USD. The hotel facilities and rooms are mostly composed by luxury marble and gold. The penthouse holds six Ruler's suites reserved for dignitaries such as the royalty.

The Plaza Hotel is located in Midtown Manhattan neighborhood of Manhattan. It's currently a national historic landmark in the U.S and NYC landmark. The hotel is 20 stories tall, composed by luxury rooms and condominium apartments. The facilities are everything you could expect from a luxurious hotel. Each floor has an assigned butler to attend any requests, as well as baby-sitting and concierge services. There's a shopping mall underground just beneath the hotel exclusively for the room occupants. The hotel lobby counts with a Champagne Bar with view to the Grand Army Plaza. Sahara India Pariwar is the current stake controller since 2012, after acquiring a 75% stake for 530 million USD. The same stake is now looking for a new owner at a whopping 4 billion dollars.

The extravagant Turkish hotel is found on Lara. Antalya. It's the most expensive luxurious hotel in Europe and the Mediterranean. Everything related to the hotel is luxurious; from their international design award winning website to their quality marble bathrooms. The reported cost of the project was 1.6 billion USD. The facilities include the largest pool in the Mediterranean, 1100 sq. meters of spa, and the hotel has a total of 560 rooms. I also its own private artificial beach made with 9ton of Egyptian sand. The hotel is built of 10,000 sq. meters of gold, 23,000 sq. meters of Italian marble, and 500,000 crystals. 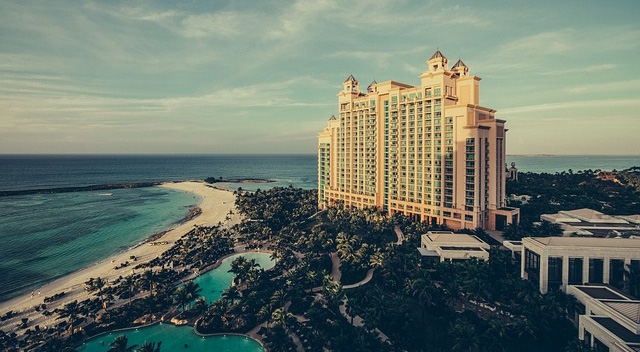 The Atlantis Paradise is part of the Atlantis Paradise Island resort. It's a private island entirely used as a luxurious resort. It consists of three hotels; the Beach Resort, the Coral Resort, and the Royal Resort. The latter was published as the most expensive hotel in the world with their Bridge Suite. During 2012, CNN Go named it the 10th most expensive one, at 25,000 USD the night. There's a private marina exclusively for clients. The marina is specially made to dock the largest of yachts. The island also has its own luxury shopping center.